Goats have some unsavory personal habits, at least by human standards. For example, they pee on themselves, and in many cases, even drink their urine, which may seem gross o us, but can be essential to the goats.

They certainly get more out of it than a bad taste in their mouths. Why do goats drink their own urine?

Goats drink their own urine for the salt and minerals inside the liquid. When a goat’s diet is extremely limited in rocky areas near cliffs or during the winter when food is scarce, goats have an insatiable thirst for urine. Since they still need salts and minerals to survive, they re-absorb the ones their bodies are ready to waste.

Goats drink urine for a handful of reasons. For one thing, it’s a good source of salt, which can be hard to come by in nature if you don’t live near a salt lick.

However, the body collects, concentrates, and disposes of salts naturally when you urinate.

Re-using those salts is a strange and somewhat gross form of recycling, but it’s better than letting your brain stop working.

As Drink LMNT explains, “Electrolytes conduct nerve signals and regulate fluid balance in the brain. Sodium is critical for brain health. Hyponatremia (low serum sodium) symptoms include headaches, fatigue, lethargy, and seizures. When sodium is rapidly depleted from overwatering, it can cause brain swelling.”

Sodium isn’t the only thing that gets collected and concentrated in pee. Other nutrients, including calcium, magnesium, phosphorous, and potassium, are also available in urine.

Each of these is essential to life differently, and they aren’t always found in large quantities in foods like grass and hay.

Why Do Billy Goats Drink Their Own Urine

Billy goats are often mistaken for a breed name by people who don’t raise goats.

So, billy goats drink their own urine for the same reason male goats do. I’ll explain below.

Why Do Male Goats Drink Their Own Urine

Goats, especially males, are odiferous, and they can be challenging and full of attitude, especially during mating season.

It’s during this time when you are most likely to see a goat drink his own pee. Sadly and disturbingly, their natural musk isn’t always enough to impress the girly goats.

A more pungent smell is more likely to attract a mate, and pee is a powerful smell. To smell more like themselves, male or billy goats pee on the insides of their legs, and they will tilt their heads down to pee on their own faces and chests.

Pee drinking can be an accidental side effect.

Do Female Goats Drink Their Own Urine

Female goats do not drink their own urine. However, female-presenting goats will sometimes engage in this unusual behavior, and the reason is more unique than you might expect. Like all animals, goats can be born hermaphrodites or intersex.

Hence, you can get a ‘girl’ goat that drinks its own pee and pees on its face because it’s not entirely female. Intriguingly, hermaphrodite goats aren’t as rare as you might expect.

According to NPR, “In fact, hermaphroditic goats aren’t all that rare. When two naturally hornless goats breed, around 1 in 5 offspring is a hermaphrodite.” So, if your ‘female’ goat is peeing in ‘her’ own face and sometimes drinking it, you probably don’t have a female goat at all.

Should I Be Worried About Goats Drinking Their Own Urine

In general, there is no reason to be concerned about your goats drinking their own urine. If it seems like they are doing this excessively, especially when it’s not breeding season, then supplement their food with minerals.

It’s also a good idea to ensure they have access to lots of fresh, clean water, but you should do that anyway.

I recommend getting a bag of Purina Goat Mineral from Amazon. Adding this blend to their feed regularly can help your goats maintain a healthy balance of necessary nutrients.

Purina has everything your goat need for healthy skin, eyes, and reproductive systems. 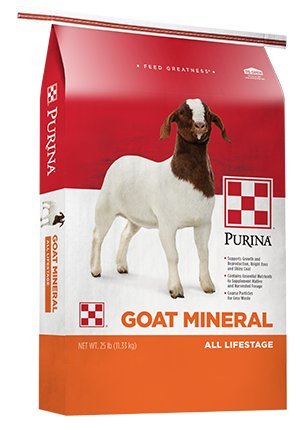 Can My Goat Get Sick From Drinking Their Own Urine

Your goat is unlikely to get sick from drinking its urine. This is a standard practice among male and hermaphroditic goats and should not harm them.

However, if a goat were to drink nothing but urine, it would quickly sicken and die from dehydration.

Urine is not sterile. You may have heard that your urine is sterile when it comes out, but it’s not. There are bacteria present inside human urine. The same is true for goats and other creatures.

The myth of sterile urine is precisely that, a myth. You can sterilize urine through boiling, but obviously, no one is boiling goat urine so that they can drink it.

Helpful Tips To Know About Why Goats Drink Their Own Urine

Goats drink their own urine by accident when they are trying to impress the females or when they need the salt and minerals concentrated inside it. Either way, this is natural, normal goat behavior, and you should not interfere. The goats are fine.

Here are a few more helpful tips to know about why goats drink their own urine.

It may seem gross, and it definitely smells that way, but goats drinking urine is natural. Just because humans disapprove of this savvy scent collection and unusual upcycling of nutrients doesn’t mean the goats should stop doing it.

Urine drinking is part of a goat’s nature. If you are new to raising goats, rest assured, this is something goats should do.

Try not to overthink it and get them a good mineral supplement to help minimize the non-mating-related pee drinking.

link to Why Do Goats Rub Their Heads On You

Headbutting is a natural behavior in goats, and they use it to play and show affection. However, goats are intelligent creatures, and they also use gentler ways of expressing their appreciation to...

Continue Reading
link to Why Do Goats Poop Pellets

You can tell a lot about a goat from the state of its poops. As gross as it is to think about, feces is filled with facts about an animal's diet, gut health, and other biological details about the...